Despite the rather indifferent weather forecast, the decision to carry on was made and although we didn’t make the 10 am start, by the time most of us made it to Shag Valley Station, Lindsey and his team had the coal range stoked up and the jug boiling.  That smoke whisping from the chimney as we arrived was a great sight.

A few rain drops on the way and a couple of drops late in the day was the closest we saw to the really lousy weather elsewhere.  It was most definitely better at the station so maybe that’s a good omen for the big event coming up.

While a bit windy, conditions were not at all bad.

And the good news. Dave Mulder and his team has the 80 metre mast up, with the matching unit all checked and some power from the mighty Yeasu satisfactorily fed into it – roll on the contacts! 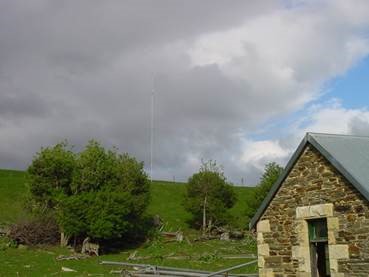 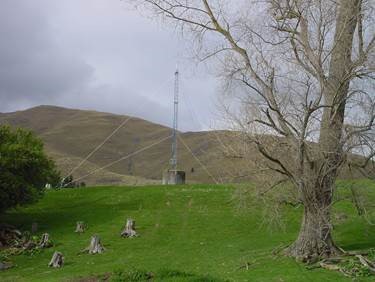 Ken and his team have the clubs tri-bander all carefully assembled, all elements measured and set up ready for the big climb up the lattice.

Lindsay and his team have the new power outlets all operational in the operating room.

Kay with help from Ash and Bright got stuck into cleaning up.

Dave and his team had the Memorial Cairn all tidied up and surrounded by its fine new feature plinth. 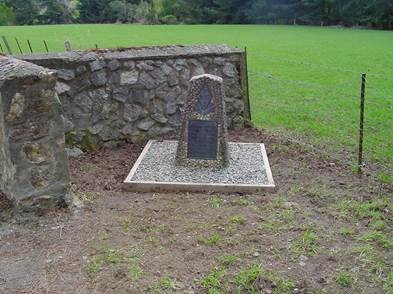 The pole for the 17m beam is all assembled and ready to lift.

And those present – hope my memory doesn’t insult anybody – if I’ve missed  you, it is entirely unintentional.  We had volunteers from Dunedin, Timaru to the north, Ranfurly to the west and Balclutha to the south.